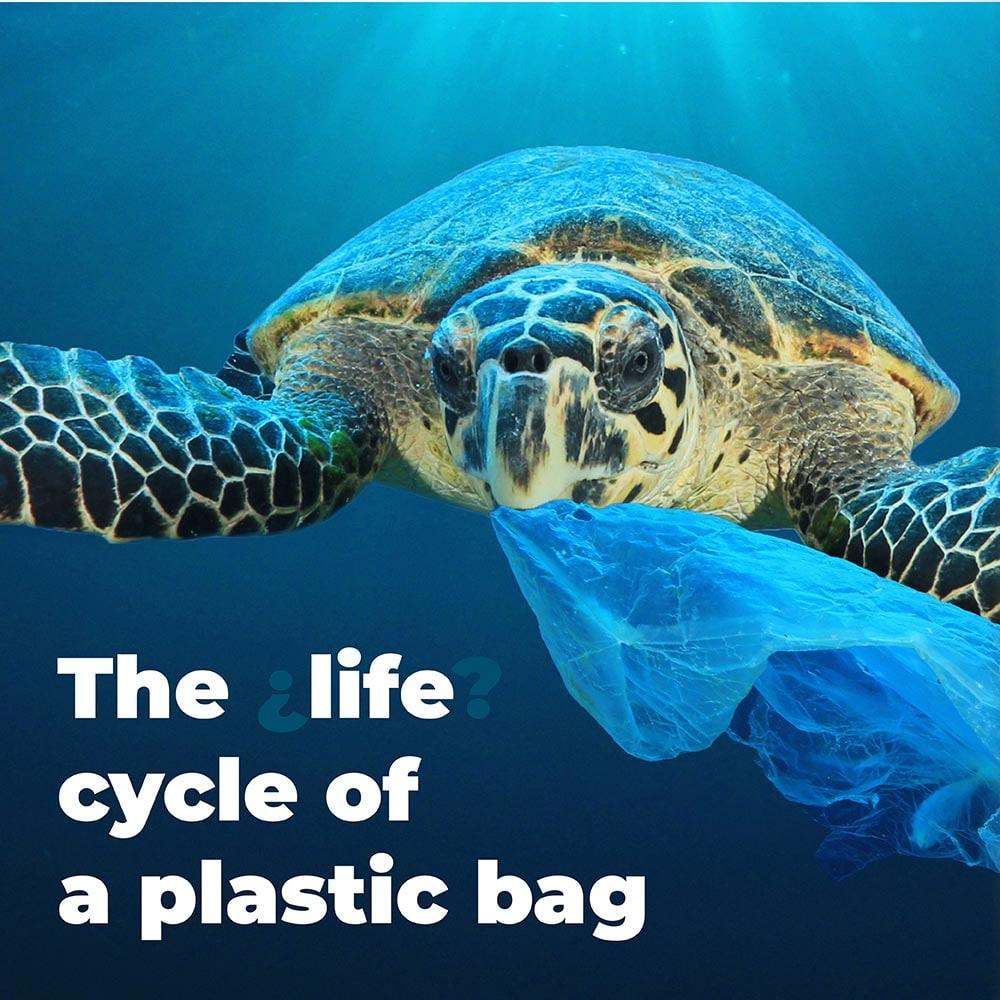 The plastic bags are made of polyethylene, and it came from raw petroleum. The plastic only degrades with the pass of the years, and if it’s exposed to the light of the sun, the water and the wind. If the plastic bag isn’t reutilized as a remnant, it usually ends up flying in the street or in the trash itself.

The cycle of a plastic bag is:

In each one of the stages for the elaboration, uses and recycling, a large amount of solids waste is generated and generates toxic gases such as hydrocarbons, carbon monoxide, sulfur and nitrogen oxides, which are strongly polluting for the environment. And its decomposition generates large doses of methane.