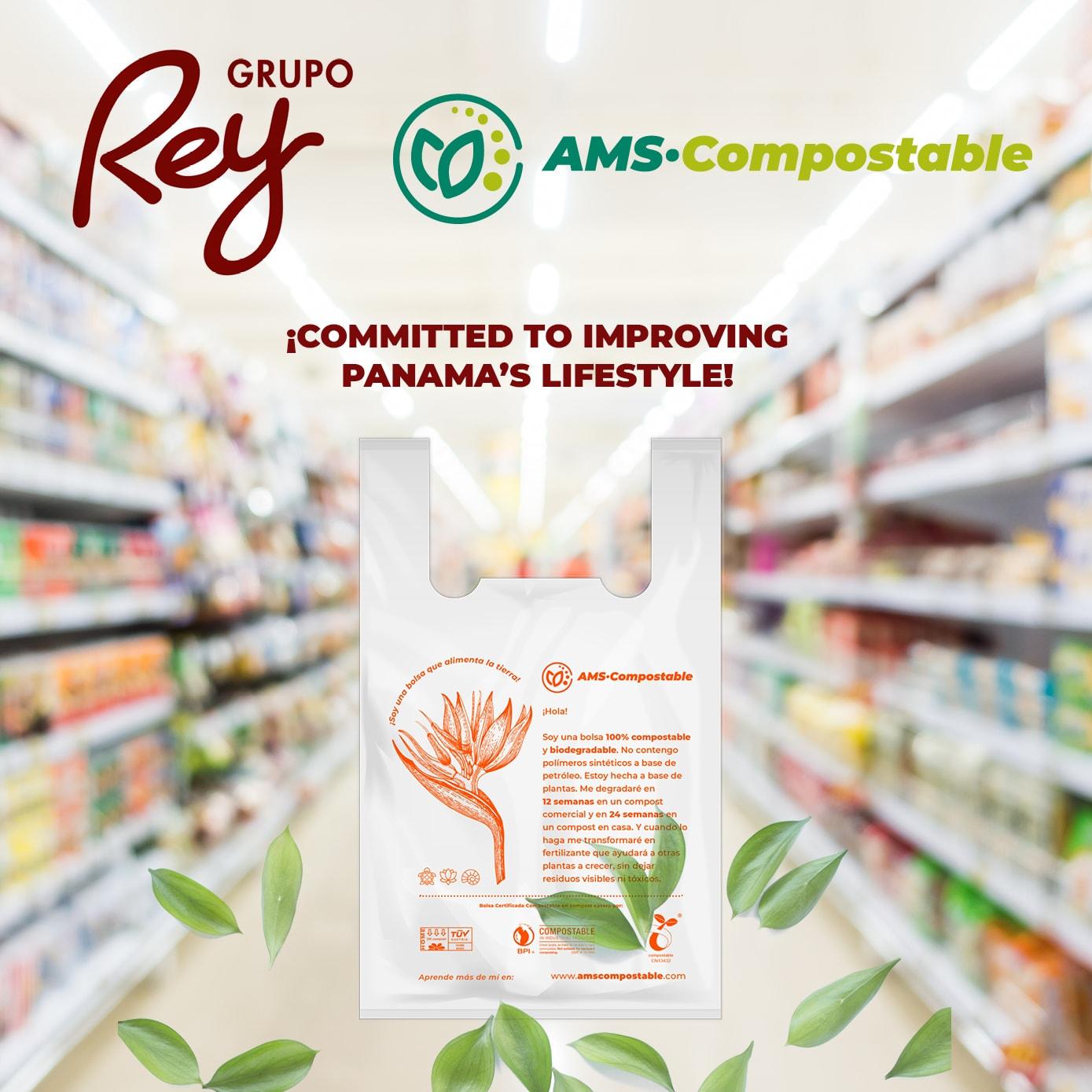 With this initiative, the nation of about 4 million people joined more than 60 other nations that have banned polyethylene bags in an effort to clean the country’s beaches and preserve the ocean’s wildlife while addressing what the United Nations has identified as one of the world’s biggest environmental challenges.

Although the ban was officially approved by lawmakers in 2018, pharmacies, supermarkets and other retail chains in Panama now must stop using plastic bags immediately or face fines.

Birds, turtles, seals, whales and fish often become entangled or ingest the remnants of plastic bags in Latin America, one of the most biodiverse regions in the world. Panama is no exception and along its beautiful coast, it is common to see plastic garbage beaches, especially near populated areas.

On the streets of Panama City, signs appeared that said “less bags, more life” in support of the measure. AMS Compostable is proud to be an active representative of this change and congratulates and applauds the initiative of the Panamanian people, who with these actions demonstrates that ecology and the economy can be preserved and favored one another.